Let me ask you something.

What kind of sadist would enjoy watching people teeter on the edge of collapse at any second?

What sort of sick individual wants to see people fail publicly and dramatically?

In short, what kind of lunatic…

Truthfully, I’m the type to move into another room when figure skating comes on.  Not because I’m a sports snob — but because I get too nervous.

EVERYBODY FALLS.   Even the best of the best.

There has never been a figure skater who has not bit the dust (ice) on numerous occasions.

That’s why I’ve hated watching it for most of my adult life.  I don’t want to see that!

But recently, I’ve had a change of heart.  Maybe I’ve been looking at it all wrong.

In Christianity, as in skating, everybody falls from time to time.  Even the best of the best.

It doesn’t matter if you’ve been a Christian for five minutes or for fifty years — you’re still gonna slip up somewhere along the way.

The thing is, if you look only at a person’s sins, you’ll have overlooked some of  the incredible feats of faith they might have accomplished.

If you treat the falls as if they were center stage in a person’s life, you could lose your appreciation for the triumphs — the triple axles of faith, that mark the great moments of our lives.

I think I’m ready to give figure skating another try.  I’m starting to figure out that a spill on the ice is not the catastrophic embarrassment I’ve made it out to be.

It’s just a slippery patch along the way to Glory! 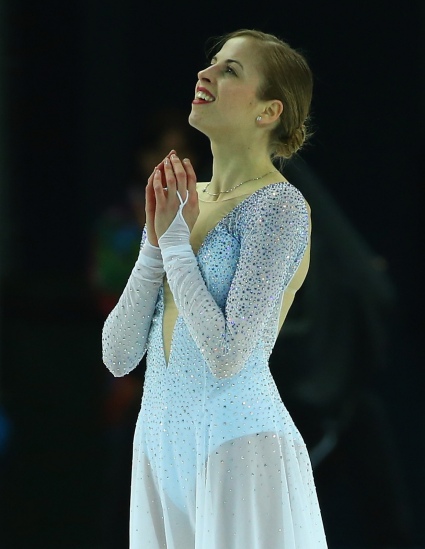 invite you to join them on a special trip to…

Israel:  A Journey To The Holy Land

We’re excited to be hosting this trip through Collette Vacations, one of the most respected tour companies around.   The trip will involve quite a bit of walking, but is only moderately strenuous.   We chose to host a 10-day trip because it offers more free time in Jerusalem, and keeps us from moving at such a crazy pace.   This 10 day trip comes with 22 Meals:  9 Dinners, 1 Lunch, and 12 Breakfasts included.   That leaves some meals on your own for exploring!

This trip is being offered to members here at FUMC and at Jan’s church, Bonner Springs UMC, along with other clergy, friends, etc.   Together, we should have an incredibly fun and unforgettable religious experience!  If you know someone you think would like to come, by all means let us know!  Or, just bring them along to an

TUESDAY, NOVEMBER 15 at 7pm in ROOM 203 at the FUMC LAWRENCE DOWNTOWN CAMPUS.  (or 5pm at Bonner Springs UMH)

We’ve got a whole year to plan ahead, so if you think you might be interested, come meet with us and get more details!   For me, the dream of actually seeing these places I’ve learned and preached about is very exciting!

If you have any questions, you can contact me at mitch@fumclawrence.org

HERE’S ALL THE INFO!

View this document on Scribd