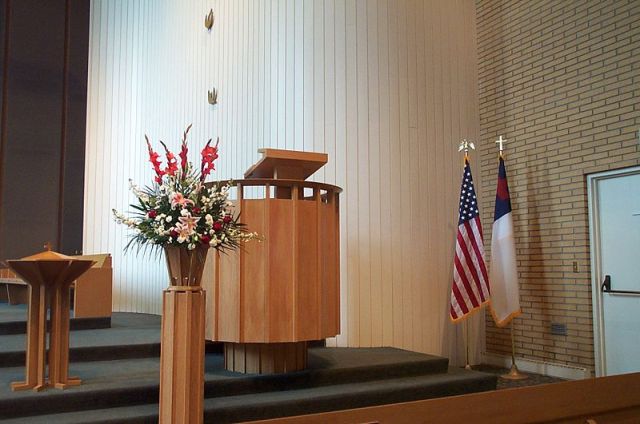 When it comes to lying from the pulpit, I’ve heard some doozies.

I’m happy to say I’ve avoided most of the big ones, but I must confess I’ve told a few of my own.

Here are the four I could think of (or am willing to own up to):

This has to be my most common lie from the pulpit. Whatever I’m preaching on that Sunday, that becomes the most important aspect of Christianity.

“Stewardship is what it’s all about!”

“Small groups are what it’s all about!”

“Worship is what it’s all about!”

The Truth: I don’t know what’s most important. Love? Jesus? The Kingdom of God? Discipleship? It all seems really important to me.

The Verdict: It’s all connected, all related, and all… important. So I’ll probably keep telling this weekly white lie.

An easy way to make a sermon come alive is to point out how much we have in common with the characters in the Bible story.

”Moses was on a journey to the promised land, just like us.”

”Martha learned to not be so busy all the time, just like us.”

The Truth: Moses had a difficult life filled with more conflict than we’ll ever see. Paul wrestled with his faith far more vigorously than most of us ever will. And Martha? She’s gotten 2000 years of grief because she lost her cool at a dinner party!

I just have to come clean on this one.

On Sundays I’ll stand up front, flash a great big smile and welcome everyone to worship. And say “I’m glad to be here with you today.”

The Truth: Sometimes, I’m not. I know! Sacrilege! The truth is, some Sundays I have a headache, or 3 baptisms, or a sermon that doesn’t ha

The Verdict: I’m almost always happy to be at church. But on those rare days when I’d rather be at home in my pajamas, my hope is that you’ll never know. I’m gonna lie. It’s my job.

This one’s tough, because when I say it, I’m not just lying to the congregation. I’m lying to myself.

”If you invite your neighbors and co-workers, together we’ll change the world”

”We are the Church. You and me. Let’s go out there and change the world.”

You get the idea.

The Truth: We probably won’t. Didn’t Jesus say, “The poor you will have with you always”? It doesn’t mean we shouldn’t fight poverty and injustice. It means real, lasting change in this world is a rare thing.

The Verdict: The world has already changed because of Jesus Christ. Sometimes we make big changes, sometimes we just get by. Always we’re asked to be faitfhul. It doesn’t sound as glamorous, perhaps, but it’s more truthful.

Whew. It feels good to get those off my chest.

I’ll keep them in mind the next time I preach from the pulpit.

I haven’t preached from a pulpit in years.