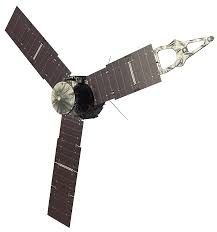 It will zoom around the planet for 50+ days, taking readings and exploring the makeup of this gas giant.

While it’s in orbit, it will spend time inside Jupiter’s radiation belt, where it will be bombarded by some of the worst radiation in the solar system.

Let me ask you something:

What are you orbiting, and is it dangerous?

Maybe you’re in a relationship where the other person seems to have all the pull.

Maybe they make all the decisions, or draw the most gravity. 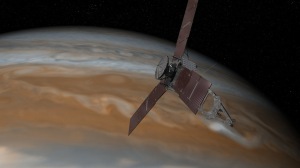 That can be dangerous all right, because with one false move you might just go flinging out into the solar system, or crashing down onto the surface.

Or if you get too close, you might get burned.

Maybe you find yourself in orbit around a job, or your house, or the size of your bank account.

Really all of these bear the weight of idolatry.

When your world revolves around something other than God, Houston, we may have a problem.

In fact, Jupiter means “Father Sky-God” as the Romans named it.

There you go, a false God waiting to lure you in.

Now I don’t really have a problem with Juno orbiting Jupiter — in fact it’s the farthest flung human made solar powered object ever!

But for you and I, we’re best off to keep on the right path.

One thought on “What are you orbiting?”