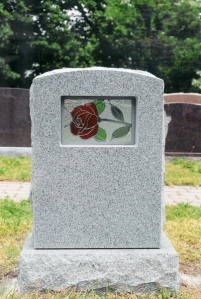 Now don’t panic, you’ve got plenty of time ahead of you. Still…

As uncomfortable as most of us are talking about our own mortality, mightn’t it be a good idea to reflect on how you want to be remembered when that day comes?

In other words: What don’t you want on your tombstone?

I’ve given this quite a bit of thought for myself. Here’s what I don’t want mine to say

“Here lies Mitch. He was clever.”

You get the idea. Clever, for me, could point to a life without the depth of faith that I aspire to. That might be one way to describe me, but I wouldn’t want that to define me.

What about you? What don’t you want on your tombstone? Can you think of an aspect of your life that some might think is a defining characteristic, but only scratches the surface of who you are?

I don’t know the ways people maybe aren’t seeing you the way you want to be seen. And frankly, we don’t always get to choose other people’s perceptions of ourselves.

But if we’re clear about what we don’t want to have seen as our leading edge, we might find some motivation to chisel out the life we want to be living.

Well the bad news is, you really are gonna die some day. That’s how life works.

But the good news (aside from the whole Heaven thing) is that between now and then you have the opportunity to shape your life into something more lasting than any tombstone.

Perhaps you needn’t worry so much about your epitaph. After all, a few words could never sum up your life.

So, how about pondering a question that really matters, like…

Who’s gonna play you in the movie?
Have a great week,
Mitch

3 thoughts on “What DON’T You Want On Your Tombstone?”